This is why you should use us

Specifications:
AVC wire rope vibration dampers are composed of two pairs of bars, joined together by a connecting cable with a helical winding (loop).
They are generally used for isolating vibrations and shock absorption, where resistance to tension, compression and shear force is required.

They are particularly suitable for use with HVAC, pumps, purification and desalination plants, instrumentation panels, rail, naval and military industry.

Material:
Cable, bars and screws made from AISI 316 stainless steel. 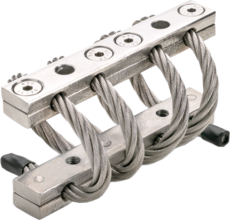 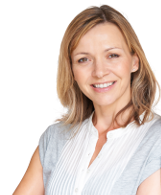 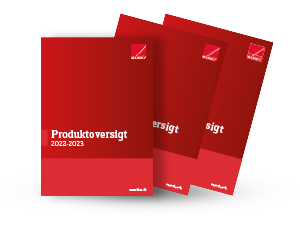 We've compiled our
many products in one
handy catalog that
you can download here.

There is now sent a request for inclusion in our customer base.

If your company is recognized for the terms you will within 24 hours receive an email with your password.

You can find out more about which cookies we are using or switch them off in settings.

At klee.dk we use cookies so that we can give you the best possible user experience. Cookie information is stored in your browser. It performs functions such as recognizing you when you return to our site and it is helping our team understanding which sections of the site you find most interesting and useful.

The website uses Google Analytics to collect anonymous information such as the number of visitors and the most popular pages. Keeping this cookie enabled helps us improve our website.

The website uses cookies for customer chat. We use Zendesk Chat as chat program. If you decline this cookie, you will not be able to use the chat.

Cookies are small pieces of information stored on your computer's hard disc. This information is used to confirm your identity when you log on to the website or add something to the shopping cart.

The information is in no way harmful to your computer and does not contain confidential information.